A safe place for actors to sharpen and develop their performance skills. The Studio works on both American and European scenes from plays or films, from Neil Simon to Shakespeare, both contemporary to classical.

Lev studied with both Sanford Meisner, Lee Strasberg and a student of Michael Chekhov. The course is designed for beginners and those who need to sharpen their performance and audition skills.

The techniques of Meisner, Strasberg and Chekhov are applied to monologues for theater, to cold reading for film and commercials auditioning.

His students are auditioning in the Twin Cities, Hollywood and New York.

How to get your eyes off the page, connect with your partner, ask the right questions of the scene and break it down.

For beginners or those seeking Improvisational skills.

Four Weeks (once a week)

Using Improvisation exercises developed by Sanford Meisner, Lee Strasberg and Michael Chekhov, you will learn to improvise for commercials as well as Improv Theater. You can also use the technique for written material in commercials, film and theater.

The workshop teaches you to connect with the copy and make it your own.

Covers Repetition Exercise, Independent Activity, Emotional Preparation and their application to scene work. Lev was trained by Meisner and is an official Meisner teacher.

The Victorian concept of Shakespeare is about the work, image, speech and idea. It is usually played this way in England and America.

Lev Mailer returns to the Elizabethan approach. As Hamlet says, suit the action to the word, the word to the action.

Using the psycho-physical techniques developed by Michael Chekhov to create the action and free the word, you will find playing Shakespeare simpler than you thought. 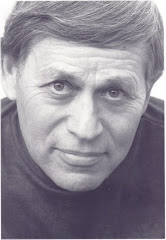 Do you have a passion for acting? I have the key to unlock that passion.